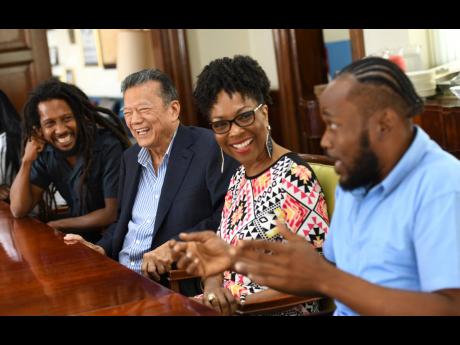 Business mogul Lascelles Chin has committed to pumping up to $50 million annually into his newly established LASCO Chin Foundation, the broad objective of which is to break the cycle of intergenerational poverty and crime.

“Our philosophy is to help Jamaicans who need help. It cannot be that you are making profit and skim it off and don’t help people,” Chin declared yesterday during a Gleaner Editors’ Forum at the media house’s North Street offices.

Chin, founder and executive chairman of the LASCO Affiliated Companies and chairman of the foundation, noted that over the last two decades, LASCO has spent millions to reward the efforts of public servants such as teachers, nurses and police officers through various programmes.

However, he contended that there was still a burning desire to do much more, helping the country’s at-risk youths in particular.

“We (LASCO) don’t worship money. We make enough to be competitive, so we believe in giving back in this way. What we are attempting to do is for the long term. It is not easy, it is not cheap, but we want to make a success of it so that we will have other companies either joining us or doing it separately,” he reasoned.

“Once people see what you’re doing, they’ll help you more, and we are okay with that because the foundation is for helping, and we want it to be much bigger,” he reasoned.

One is an SSI Entrepreneurship Programme that is a two-pronged initiative geared at providing beneficiaries with entrepreneurial training and opportunities over a six-month period. The second phase assists participants with establishing or improving their business through a range of hand-holding interventions for five to 10 years.